The WEYERMANN® Malting Company of Bamberg 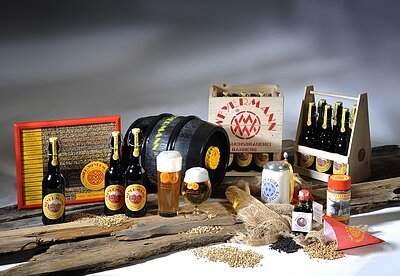 Weyermann® Malt is the world market leader in the area of specialty malts - A traditional family business in its fourth generation, based in Bamberg, that like no other is navigating the perfect line between history and the future. Today Weyermann® has 5000 customers in 140 countries, 190 employees across three locations, Bamberg, Haßfurt and Leesau, distributing 2 million sacks of malt per year around the world - a highly successful business with a bright future ahead!

It all started innocently enough, in 1879, when company founder Johann Baptist Weyermann opened shop under a simple tarp lean-to in downtown Bamberg, in a square on one of the city’s seven hills. His only equipment was a small hand-cranked roasting drum, in which he turned barley into several varieties of malted coffee substitutes. Today, 136 years later, that little malt shop has become the world’s leading supplier of specialty malts, and WEYERMANN® now ships some 2 mio. bags of malt a year to customers in approximately 140 countries. Every day, discerning brewers all over the world — from Portland, Oregon, to New Delhi; from Reykjavik to Capetown — entrust their brews to WEYERMANN®, and every bag of WEYERMANN® malt, as it embarks on its voyage half way across Franconia or half way around the world, is also an ambassador for Bamberg, the city of its origin and a UNESCO World Heritage Site. The WEYERMANN® product line, too, has grown since those early days under a tarp. WEYERMANN® now offers its customers a choice of more than 85 malt products — the largest portfolio, incidentally, of any malting company anywhere in the world. With success also came expansion. WEYERMANN® now has three locations in Bavaria: Bamberg, Haßfurt and Leesau. The staff has grown to about 190 employees, and all WEYERMANN® malt is made in state-of-the art facilities reflecting the most recent technological innovations. In Bamberg, the visitor will find a true surprise — a super-modern malting plant inside old brownstone buildings that the German Government has declared a National Historical Industrial Site! 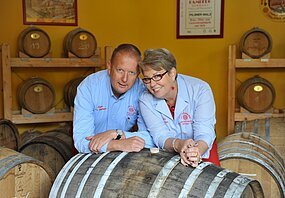 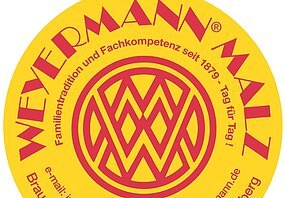 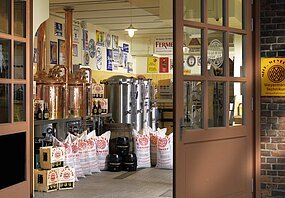 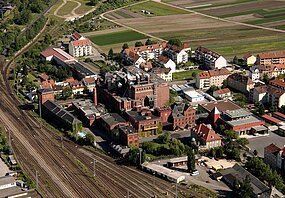 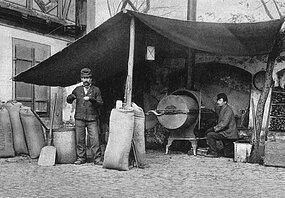 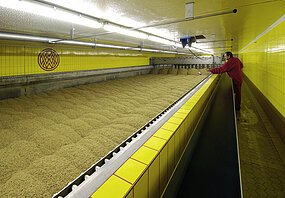