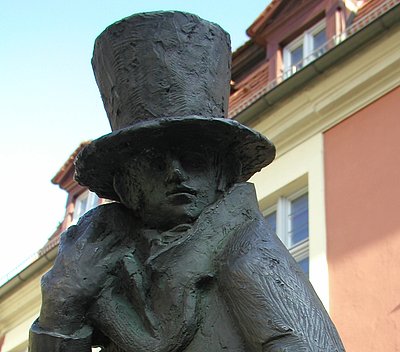 Learn more about E.T.A. Hoffmann and his time in Bamberg during this guided tour. As a budding author and composer, E.T.A. Hoffmann spent the formative years from 1808-1813 in Bamberg. It was during this time that he wrote his first great tales, which were published under the title "Fantasy Tales" in 1814.

Content:
Guided walking tour: Schiller Square, Mark House in Lange Straße, E.T.A. Hoffmann's home and workplace (The house is no longer included in the tour from October 31, 2022, as the house will remain closed for renovation until around 2024).

An audio-visual guide on E.T.A. Hoffmann is available in German from Tourist Information, featuring a play by Bamberg author Peter Braun on places linked with Hoffmann's time in Bamberg.