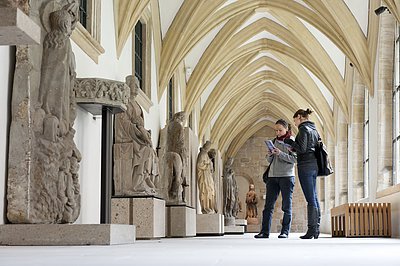 Emperor Heinrich II and his consort Kunigunde embellished the diocese they founded with valuable liturgical items, relics, paraments and books. In the course of the centuries, these treasures were extended by donations, but were also decimated several times. Many works of art were lost to secularisation. Even so, the Diocesan Museum has been home to many valuable items from Bamberg's episcopal past since 1966.

The main attraction is the museum's internationally prominent collection of mediaeval textiles, including the so-called imperial cloak that belonged to Heinrich II and Kunigunde, the Gunther Cloth and Clemens II.'s papal regalia. Additional exhibits include liturgical items such as the 12th century Easter candlestick, a 12th century portable altar, goblets, ostensories, crucifixes and an 18th century silver procession madonna. Parts of Veit Stoß's altar, statues from the gothic era and baroque ostensories for the heads of Heinrich and Kunigunde are exhibited in the museum. On the ground floor, we find the remains of the baroque cathedral interior as well as testimonies to popular piety: from rosaries and votive images to procession staffs. 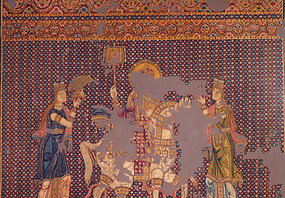 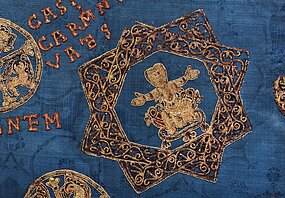 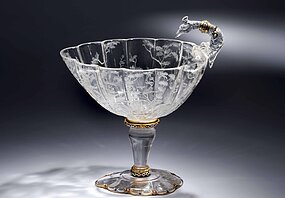