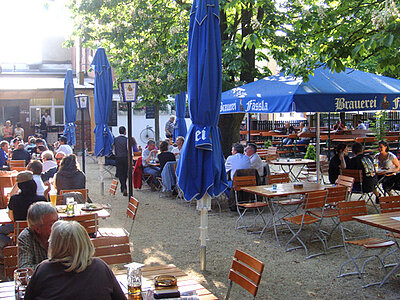 “Pepped up paradise for beer drinkers”

Fässla’s owner Roland Kalb has pepped up the former Maisel Keller. Considering the Bamberg-based brewer has already created one or two other beer oases such as the Fässla-Stuben and the inner courtyard of the brewery in Königstraße, expectations were relatively high.  The beautiful garden has been given a successful facelift without losing its fundamental flair.

May to Oct.: daily from 11am; Nov. to April: closed on mondays. The exact opening times are available at our website