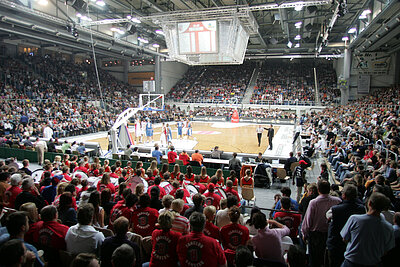 Basketball fans nickname Bamberg "Freak City". This is due to the enthusiasm with which the town supports its team