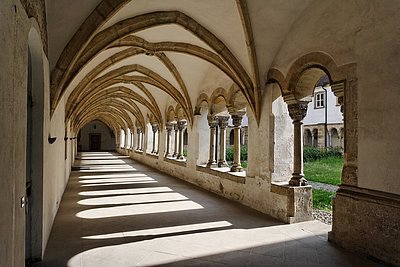 The monastery was founded in the 12th century and turned into a baroque style building by Leonhard Dientzenhofer in 1692-1701. Behind the monastery's baroque facade is a late romanesque cloister dating from the 13th century.

While the church is still open to the public most of the times, the cloister is currently closed due to an ongoing rebuilding phase, that concerns the whole complex formerly belonging to the Carmelite fraternity.