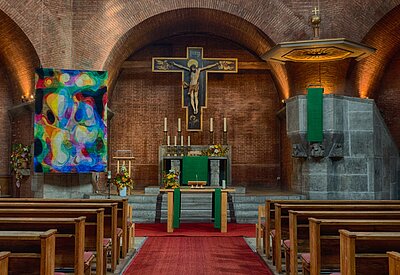 The crucifix is from the 16th century and is ascribed to a pupil of the famous Veit Stoß. The church was destroyed in the Second World War, but was rebuilt in 1950. It is a spiritual place where you can find peace and quiet, light a candle and settle down to pray.
Cyclists are always welcome.