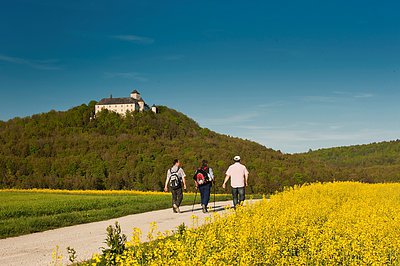 Greifenstein Castle, which is in the possession of Graf Schenk von Stauffenberg is located on a rock high above the city of Markt Heiligenstadt in Franconian Switzerland

Greifenstein castle, which is located outside the city of Heiligenstadt in Franconian Switzerland, is a big four winged building and was first mentioned in 1172. The castle was destroyed during the Peasants' Revolt at the beginning of the 16th century and rebuilt thereafter. After the family of Streitberg became extinct Prince Bishop Marquard Sebastian Schenk von Stauffenberg became owner of the castle in 1691. The castle under went radical restoration and was turned into a hunting château. You will find many interesting samples in the interior of the castle, amongst other things an extensive weapon and trophy collection. The well, which is 90 m deep, is also very interesting. 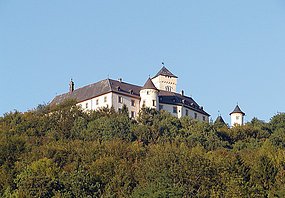 Experience a journey back in time