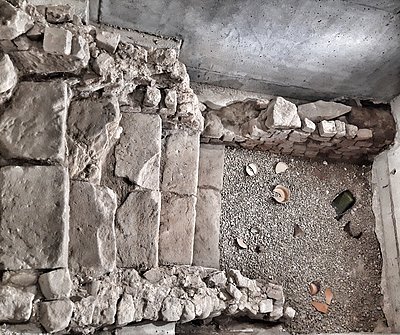 A medieval Jewish mikvah from the 15th century is on display on the grounds of a new city quarter encompassing remnants of the former city walls and buildings from the 13th and 15th  century. You can see seven steps leading down to the ritual bath, in the ground floor of a Baroque house, that was also inhabited by Bamberg Jews in the 18. century.
The basin itself was not excavated due to static problems. This small mosaic piece of Jewish history is Bamberg’s oldest memorial of its thousand year old Jewish history.
A 10 minute film (German and English) shows the history of this Jewish quarter until the 18th century. 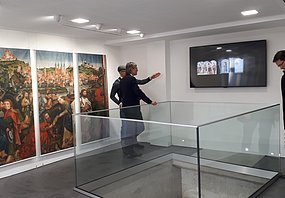