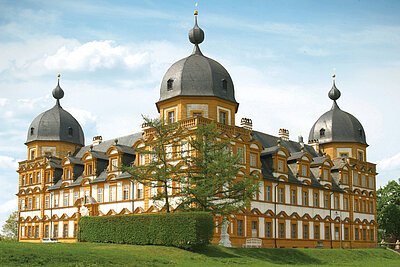 Seehof palace near Memmelsdorf was built in 1686 as summer residence for the Bamberg prince bishops and impresses its visitors with the beautiful park and its cascades.

Seehof palace in Memmelsdorf is often called Marquardsburg after its builder Marquard Schenk von Stauffenberg. The Prince Bishop's summer residence came into being in collaboration with important architects and constructors. Of course you will find magnificent interior furnishings inside the castle. During the 18th century, the palace garden was one of the most famous Rococo gardens in Germany. About 400 stone figures and benches were placed in the garden. Prince Bishop Friedrich Adam von Seinsheim initiated the construction of a water pipe from Stammberg hill into the garden to enable the splendid water garden fountains. However during secularisation and the following centuries many masterpieces were lost and the water pipe was destroyed. Seehof palace has now been restored to its former glory after a considerable renovation process. Visitors have access to nine rooms, for example the White Hall which contains a well-preserved ceiling fresco painted by Guiseppe Appiani, depicting Cupid and other angels. The orangeries, the palace chapel and the spacious park including its water garden fountains invite guests to stay. The park is often used for cultural events.

Hints:
- The facade is scaffolded until 2023 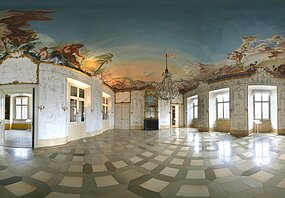 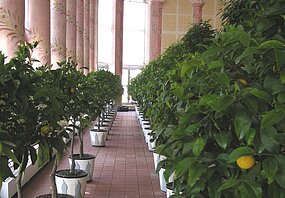 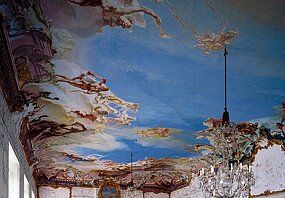 Experience a journey back in time

April till October
Tuesday till Sunday: 9:00AM till 6:00PM