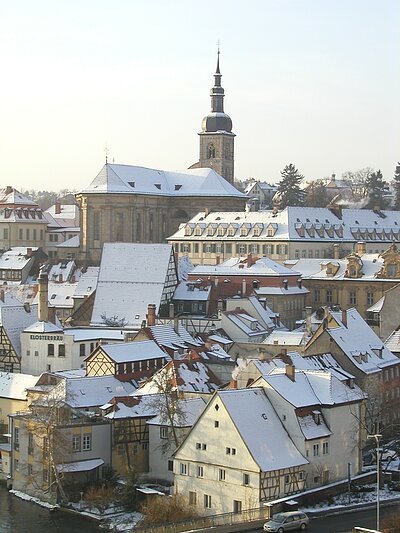 The church, devoted to the martyr Stephanus, is built on the most eastern of the seven hills. It has been Bamberg's most important protestant church since 1807.

The original building, which was probably donated by empress Kunigunde, was erected at the same time as Heinrich's Cathedral and was consecrated by Pope Benedikt VIII in 1020. Today's church was constructed in two phases in the 17th century and is based on a Greek cross. The choir, built by Giovanni Bonalino in 1628/29, includes elements of the baroque, neo-gothic style. The three other naves, for which Antonio Petrini was responsible, reflect a baroque style, strongly influenced by the renaissance. The works of art span the baroque period to the present day.