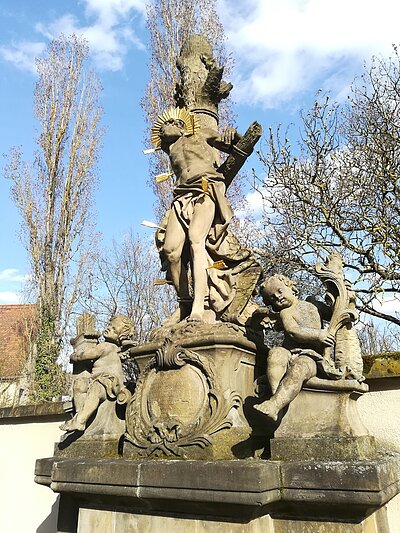 The group of figures depicting the martyrdom of Saint Sebastian was donated by Martin Mutschele in 1780 and was dedicated as a thank-offering for the safe return of Mutschele’s brother, the court sculptor Bonaventura Joseph Mutschele, who had been to Moscow during the plague of 1771.