A Festival for Beer Lovers 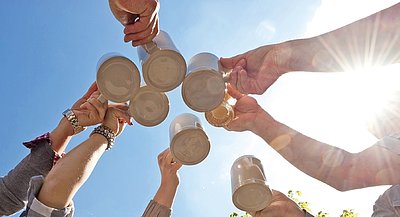 For beer lovers, Upper Franconia is the place to be! More than 200 breweries are still active here, its brewery density is unmatched.

Traditional breweries can also be found in the valleys of the Rivers Rough and Rich Ebrach. One serves a traditional smoke beer, another brews “Zwickel”, a third offers a tasty cellar beer and in the fourth brewery, a beer named “Hirschtrunk” waits to tickle the taste buds of beer connoisseurs. What could be more tempting than to taste this variety of beers on site? Aside from the cellars, local traditions can also be experienced up-close in the farmers’ museum.