Five institutions of international acclaim are based on Cathedral Hill - already a sight in itself - all within walking distance of each other. They harbour an abundance of treasures and exhibits you shouldn't miss.

Bamberg’s Diocesan Museum emerged from Bamberg’s Cathedral Treasury. Its most famous exhibit is the Imperial Star Cloak which was presented as a gift to Emperor Heinrich II by the Apulian ruler Ishmael (Melus).
Steeped in 1000 years of history, the Cathedral of St. Peter and St. George is one of the legacies left by Emperor Heinrich II. This house of worship is an architectural tour de force and is home to unique works of art. The sculpture of the Bamberg Horseman is also world-famous.
Bamberg’s Museum of History in the Old Court on Cathedral Square boasts a large number of valuable exhibits. Its extensive collections bear witness to the art, culture and history of this beautiful World Heritage City from prehistory to the 21st century.
The New Residence, former seat of Bamberg’s Prince Bishops accommodates several late Gothic and early Renaissance masterpieces belonging to the art collections of the Free State of Bavaria and the City of Bamberg.
More than 4,500 manuscripts in the State Library, 1,000 of which mediaeval codices and donations of Emperor Heinrich II.! Three manuscripts, including the Bamberg Apocalypse, have been inscribed on UNESCO's “Memory of the World” Register.
The construction of the State Rooms of the New Residence for Bamberg’s Prince Bishops began in 1613. The splendid Imperial Hall was painted al fresco by Melchior Steidl and features 16 imposing imperial portraits. 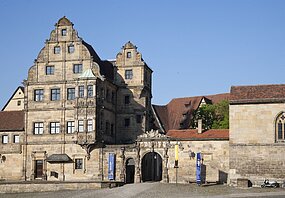 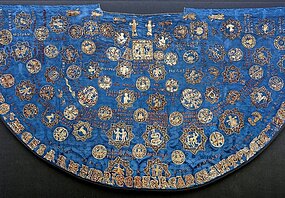 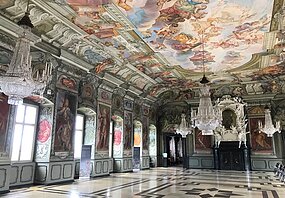 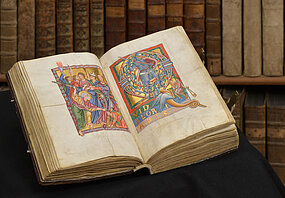 The Domberg ticket enables you to visit all the institutions on Cathedral Hill for only 12,- €. Valid for one adult with up to three children for a whole year